Why Open Concept Offices are a Terrible Concept 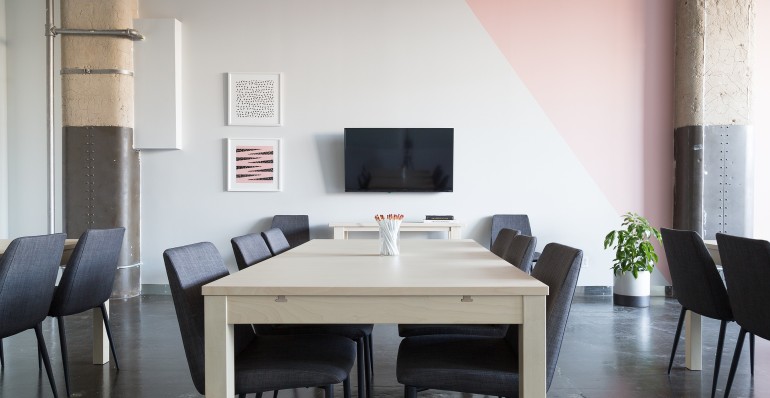 A few years ago, I visited a graphic design firm in Canberra, Australia, which turned out to be an awful moment in an otherwise splendid day.  I had just finished a wonderful morning visiting with some friends who work for the embassy just down the road from the Parliament House.  They introduced me to some lovely Melaleuca muesli treats.  We had a good chuckle about whether to call them muesli or granola. We chatted about the news of the day, family, friends, and on and on.

The weather was fabulous.  Everything seemed to be in good order and in good sense. At least—until I walked into the graphic design firm (which shall remain unnamed to protect their interests).

You’re probably wondering why a graphic design firm could possibly ruin my day.  I suppose we could conjure-up a few ways, which would all seem logical and understandable, such as poor customer service, terrible creative results, or an armed robbery whilst I was there.  However, with all these ideas you would be wrong.  The reason I had such an awful experience was I happened upon the most depressing work environment (and workers) I had ever laid my eyes upon.  My reason in going to the graphic design firm was to see if they could design a logo for a new not-for-profit endeavor I was commencing.  However, when I arrived and beheld the “open concept” layout of their workshop and the ever-present frowns on the entire creative team, I promptly executed an about-face and marched back out into the sunny, happy Canberra park way.

“Open Concept” work spaces, offices, or whatever you wish to call them, are the worst idea to hit offices since “jean-Fridays” (that’s a blog post for another day).  Proponents argue that they foster more collaboration and thus produces an atmosphere perfect for teams and creatives.  However, the exact opposite turns out to be true.  The controversy on open concept work spaces is so hot that the Harvard Business Review (HBR) decided to step in.

According to the HBR, when firms “switched to open offices, face-to-face interactions fell by 70%”